The Areas We Explore

Our explorations in Patagonia National Park are divided into six zones, each with its own set of unique geographic, cultural and biospheric characteristics.

In this area you can see a large expanse of glaciers in the Patagonian Andes, in addition to the largest freshwater reserves in the world.

This sector has areas where different worlds converge, creating unique characteristics due to their interaction, allowing one to gain an in-depth perspective on the local fauna and its historical meaning.

An area marked by heterogeneity, uniqueness, environmental quality, and the social and territorial importance of the water systems that constitute the Baker River.

In this area we can travel to the deepest part of history, coming across some of the most important paleontological discoveries in Chile and Latin America.

The plains of the steppe generate a dramatic contrast with the mountains that surround it, housing a great part of the wildlife in the Patagonia Park.

Extensive forests that connect with lakes and rivers cover this area, dominated by monumental views and infinite open spaces that make it the ideal refuge for the fragile biodiversity of the Patagonian ecosystem. 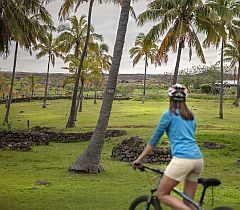