12 edible native plants that you can’t miss in Chile

From herbs that grow in the desert to tree seeds that replace pepper, here’s a delicious selection of edible plants, herbs and native fruits that add a new and unique zest to any dish or drink. Don’t miss this interesting list that highlights some of the most marvelous spices from all over Chile!

Beyond offering amazing landscapes and great experiences, Chile’s nature is filled with possibilities to try new and interesting flavors. From fruits to herbs, mushroom and edible plants, the country features unique ingredients that can take common dishes to the next level.

Today, we want to show you the top ingredients of Chile’s extreme regions: San Pedro de Atacama to the north and Patagonia to the south. Both destinations have taken advantage of these natural gifts and used them in their dishes and confectionery, sparking a delicious gourmet awakening in the area.

There’s no doubt that San Pedro de Atacama has sourced great culinary inspiration from native ingredients and original cultures. Wandering about the village, you’ll often find ice-cream parlors that offer surprising flavors such as quinoa, carob tree and rica-rica spice. The same is true for local restaurants which serve barbecued beef fillet with chañar tree sauce or potatoes seasoned with rica-rica. And there’s also the local Solcoreña beer, which among its many varieties offers copa-copa cactus, chañar tree or rica-rica. What are these unique ingredients and where do they come from? Keep reading to find out. 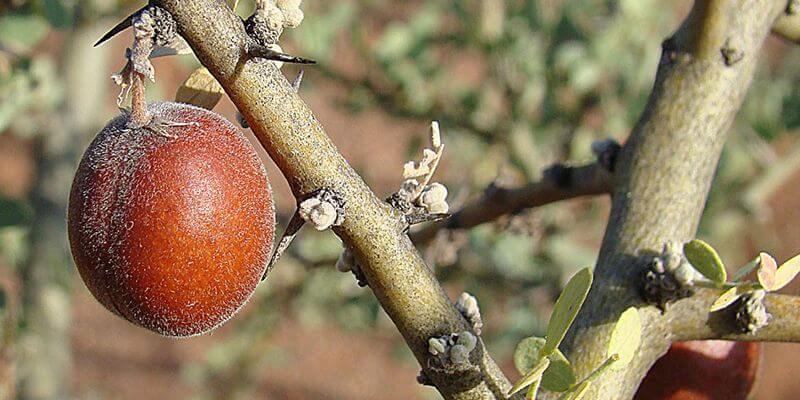 The chañar (Chilean palo verde) is a thorny deciduous tree whose sweet fruit can be eaten fresh, cooked or roasted. Already popular is chañar syrup, used to sweeten different dishes including desserts and meats. To make this syrup, the ripe fruit is boiled in water, then mashed and cooked until it thickens to achieve a typical syrupy texture. The ripe fruit is grounded to make chañar meal, while fermented fruits produce an alcoholic beverage called chañar aloja. 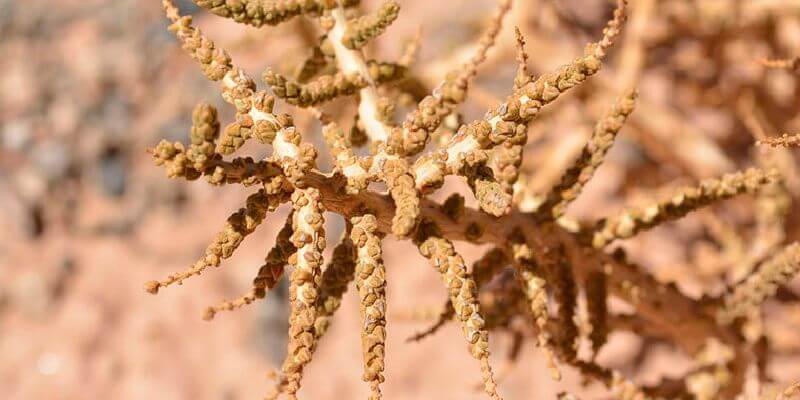 Rica-rica is an abundant local shrub or aromatic herb. Both its leaves and twigs are used as flavoring for mate and tea, or once dried, they can be used as seasoning for food and to prepare ice-cream. It has an intense aroma and fresh mint-like taste.

Pingo-pingo is a uniquely reputed shrub known as Atacama’s Viagra, allegedly having aphrodisiac properties. Pingo-pingo fruits are edible, juicy and sweet, making it a good additive to prepare juices or infusions. 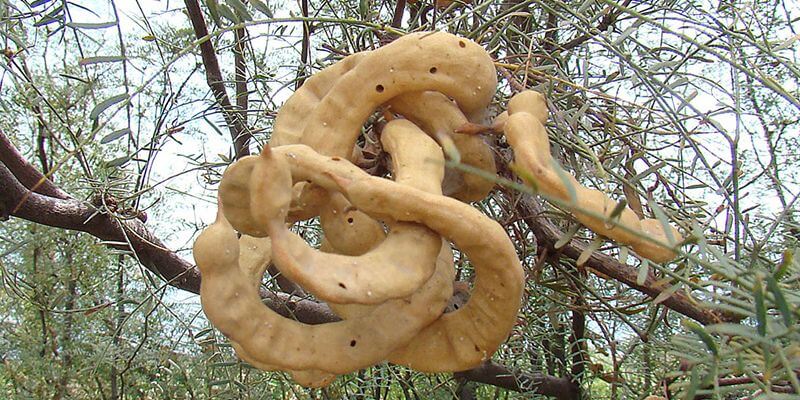 The fruits of this thorny tree can be eaten fresh or cooked and have a pleasant sweet taste. They can be used to prepare honey or ground to make a refreshing drink. Once fermented, it can be used to make carob aloja, chicha and even vinegar. 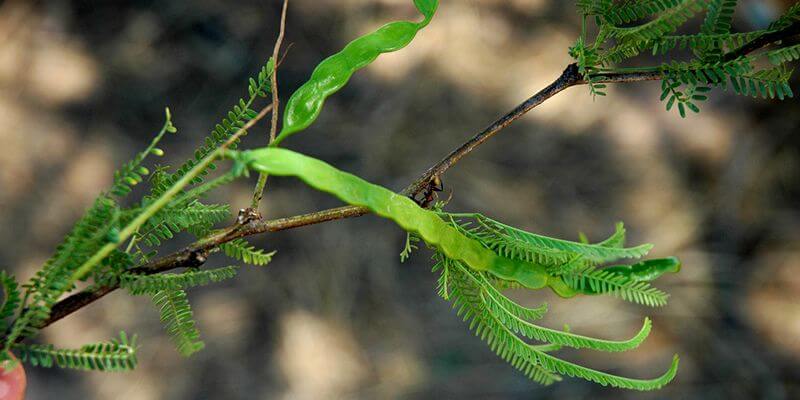 The white carob tree’s fruit pulp can be eaten fresh or else grounded to make carob meal. The fruit (except for the seeds and pod) is fermented to prepare a beverage called carob aloja.

The Chilean Patagonia is another area that has managed to take advantage of nature’s gifts and ancient knowledge to boost gastronomy. More than one has enjoyed a Magellan barberry sour (calafate sour) –a delicious variation of the famous pisco sour– to up energy levels at the end of the night, or has returned home with Magellan barberry sweet biscuits, Chilean wineberry jams (maqui) or strawberry myrtle syrup (murta), among others. Check some of these amazing edible native fruits and plants typical of Patagonia. 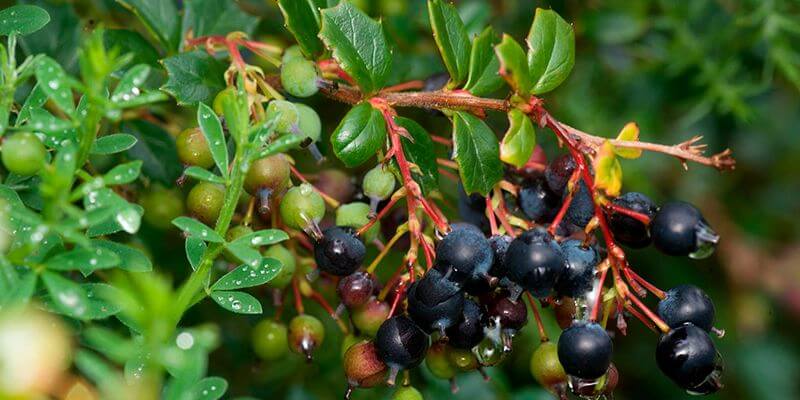 The berries of this evergreen shrub are quite popular. Of a black-blue color and sweet and sour taste, these berries are the stars in several sweet or salty dishes, juices, jams or syrups, and can be eaten fresh or cooked.

The stalks or petioles are eaten fresh in salads, usually with salt, and have an acidic, refreshing and rather astringent taste, unlike common rhubarb which is sweeter. Brewed, leaves yield a beverage similar to lemonade. Sugar-macerated nalca chunks are also served as dessert. 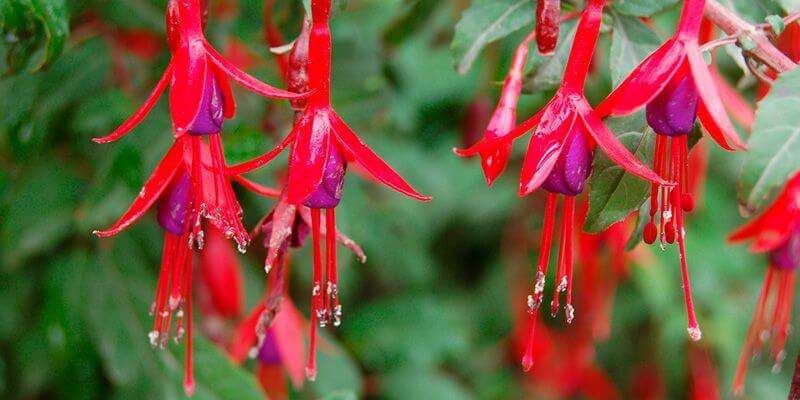 Few people know that Fuchsia magellanica, apart from being an outstanding ornamental plant, has sweet edible fruits that make tasty jams and juices. It can also be eaten fresh, but causes slight throat itching once swallowed. 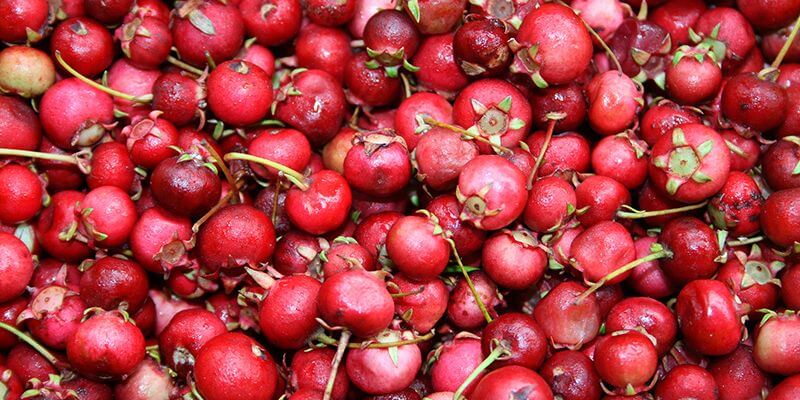 These red fruits can be used in a myriad of culinary preparations. Strawberry myrtles are aromatic and can be eaten fresh or made into juices, chicha, jams, syrups, liqueurs, cakes, candies and general confectionery. The can also be dried to be served in winter or made into alcoholic beverages such as mistelle, cordial or murta wine. Even seeds have culinary applications: they are used to prepare a coffee-like drink or to extract oil. 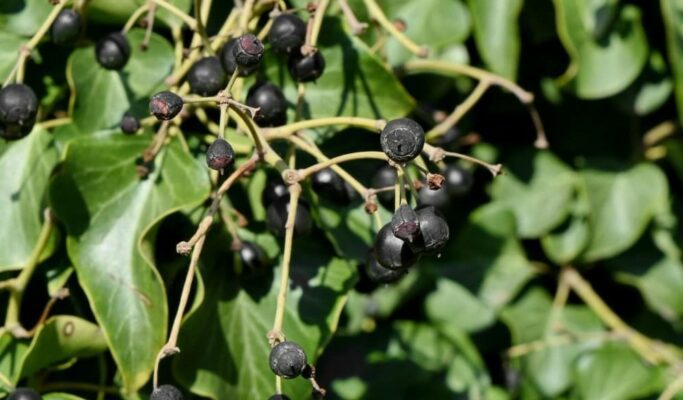 Maqui is known as the Chilean superfruit due to its antioxidant properties; it can be eaten fresh or dehydrated, in juices, desserts or even shakes. Moreover, it can be processed into a sweet and refreshing chicha with astringent and tonic properties, but with limited consumption as it causes constipation. 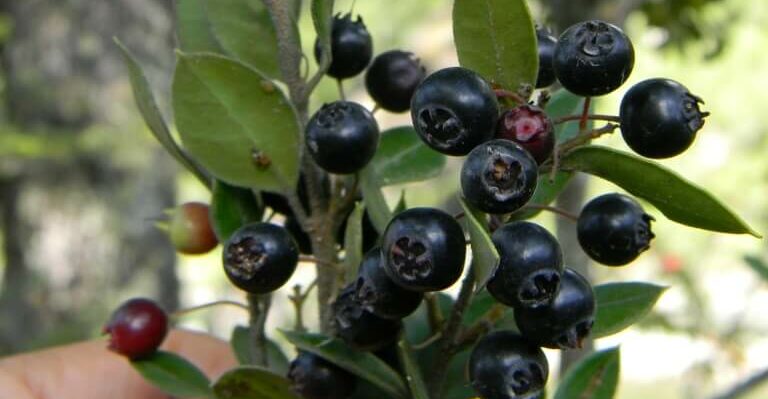 The Luma is an evergreen tree that can grow up to 20 meters; its fruits are berries known as chauchau which are eaten fresh. They are also used to make a sauce served with desserts and can be processed into jam. Fermented, the berries are used to make chicha and other craft alcoholic beverages. 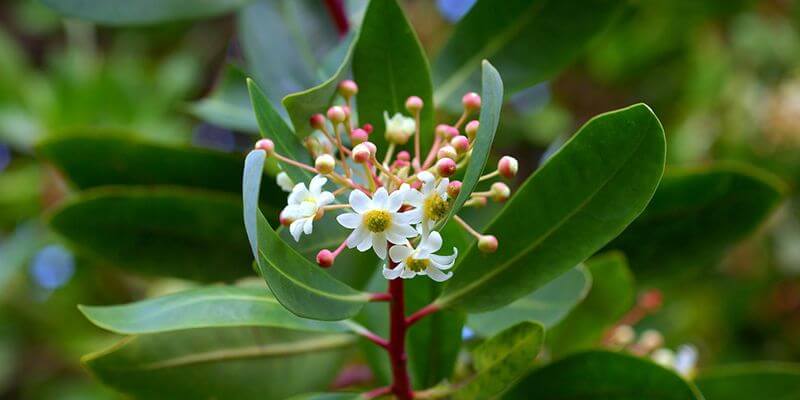 Canelo seeds are used as pepper replacement, adding a pleasant taste to meals. The seeds are dried and grounded, becoming an aromatic and spicy seasoning.