COP 26: THE BATTLE AGAINST CLIMATE CHANGE 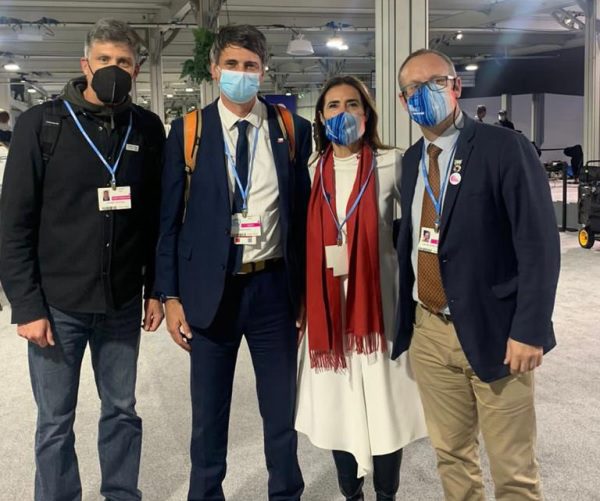 Climate change is one of the most complex global problems that humanity faces, where the decisions made – or not – will affect the lives of all people, communities, and their habitats today and for the coming decades.

The leaders of over 100 countries met this Sunday to begin the 26th UN Climate Change Conference (COP 26) in Glasgow, Scotland, to discuss this year’s main challenges, which are focused on observing how much the Earth will heat up and how to keep that number as low as possible.

This year our CEO Gonzalo Undurraga attended to get to know the initiatives to slow climate change and connect key stakeholders up close and in depth. In this context, we highlight Explora’s commitment to the #RaceToZero initiative, the B Companies movement and the recently published “Glasgow Declaration,” which Explora is a “Launching Member” of. Both initiatives seek to commit companies to mitigating climate change, the former at the company level and the latter for the tourism sector.

“For Explora it is fundamental to be here listening to the initiatives of all world leaders and see how we can continue to do our part in this great battle against Climate Change that we must all wage together,” Explora CEO Gonzalo Undurraga.

After it was postponed for a year due to the pandemic, COP 26 was able to receive the 25,000 delegates from about 200 countries, who arrived in Glasgow, Scotland this weekend to discuss the main challenges of this year, which are:

Many countries have shown progress in their initiatives over the course of time, but it has not been enough to curb warming, which is why experts say that making more short-term (2030) and long-term (2050) commitment and faster progress are key.

Explora has decided to act decisively in the fight against climate change, which is why Explora CEO Gonzalo Undurraga explained that Explora has already neutralized its operations since 2019 and has signed multiple agreements along this line, including the voluntary commitment to become a historically carbon neutral company, which means recapturing emissions since it began operations in 1993.

Explora is also committed to cut its emissions in half by 2030, in line with the objectives proposed by the Science Based Targets initiative, which are part of the Glasgow Declaration: “We must implement more measures related to water and waste management, in addition to supporting adaptation measures in our communities. In addition, we want to capture carbon and eventually issue carbon bonds with our Conservation Reserves,” Undurraga added.

The origins of the COP

The planet’s temperature has increased by 1.1 degrees Celsius due to human activity since the Industrial Revolution, thanks to the burning of coal and oil, logging, and other activities that either emit greenhouse gases or reduce nature’s ability to reabsorb atmospheric carbon.

The different impacts of climate change that were observed led to the creation of the COP (Conference of the Parties) in 1992, an initiative aimed at seeking consensus on climate change among the parties involved. The COP’s objective was to coordinate all countries to slow global warming. But significant progress was not made until 2015, when 195 nations signed the Paris Agreement, which for the first time obliged all countries to submit a plan to stop their emissions. Among others, the European Union tightened restrictions on industrial emotions and China and India reduced subsidies for fossil fuels.

The COP’s current work is crucial and urgent. While many commitments have been made, emissions have not yet been effectively cut and the planet’s temperature continues to rise. For this reason, across-the-board support for these initiatives is fundamental to reaching the agreements that our planet needs.