The territories we explore and protect haven’t been chosen at random. Instead, they each respond to a conscientious dialogue between nature and culture, collectively articulating a transcontinental constellation of natural and cultural landscapes in urgent need of safeguarding. 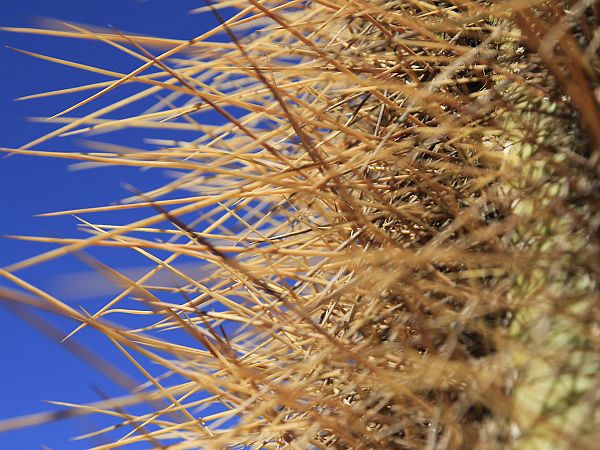 In Atacama, life can be found in even the most unlikely places, such as in the Altiplano lakes, some of which are 10 times saltier than the sea and have little oxygen. A hostile place for most aquatic species, here, the Artemia salina (a species of brine shrimp) thrives. This primitive, 1-cm-long micro invertebrate represents an extraordinary example of adaptation to extreme environmental conditions.

The crustacean’s predator is the flamingo, a wading bird that congregates in large flocks in the shallow Andean lagoons. Flamingos, which average 1 meter (3.28 feet) in height, are easily recognized by their mostly pale-pink plumage and their graceful flight.

The mountain peaks are the home of the condor, the most awe-inspiring bird of the Andes. Other birds native to Atacama are the Andean Tinamou (Nothoprocta pentlandii) and the ñandú (Darwin’s rhea, or Rhea pennata). Download the birdwatcher’s checklist available for our travelers or ask for it when you get to your destination so you can check the birds you see during your explorations. 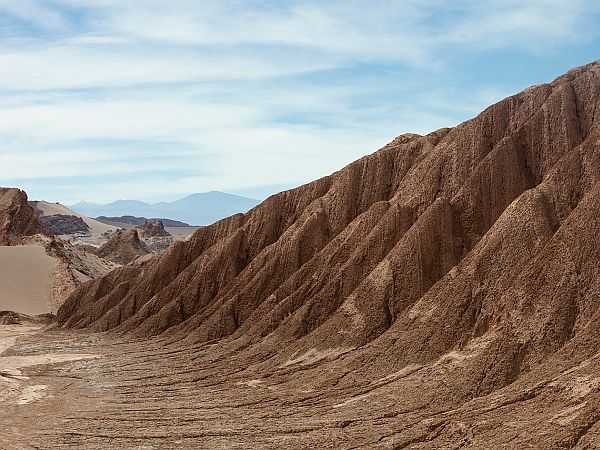 The first European explorers to reach what is now known as the Atacama Desert were drawn by tales of a land rich in gold located somewhere south of the Inca Empire. It was due to this quest that the Spanish conquistador, Diego de Almagro, after a perilous journey across the Andes Mountains, became the first European adventurer to arrive in Chile and set foot in Atacama’s arid expanse. To this day, Atacama continues to offer a singular experience – a stunning encounter with mesmerizing traditions, forms and colors in a remote corner of the planet.

Opinions vary as to how Atacama received its name. Some attribute it to the Tacama duck – mainly black with a white breast – that inhabits northern Chile and the Peruvian Coast. Others trace its etymology to Kunza, one of the indigenous languages of the region, claiming that it came from the word Atchcamar, which is how the ancient Atacameños referred to their land. The English translation is “head of the country,” and the pronunciation in Spanish eventually caused it to be written as Atacama.

The Licán Antai, or Atacameña culture, as the early Spaniards called it, is thought to have emerged around 1,000 BC, when the first agricultural-livestock settlements began developing around the Atacama oasis.

By redirecting river water through channels into an ingenious system of terraced fields, the Atacameños were able to artificially irrigate their crops. In addition to farming, they were highly skilled in metalwork, ceramics and textiles, producing distinctive creations that became extremely important in their cultural and religious worlds.

After a brief rule by the Inca Empire during the middle of the 15th century, beginning in 1536, Atacama underwent the Spanish Conquest, which initiated the progressive decline of the Atacameño communities, starting mainly with the loss of their language and original religion. 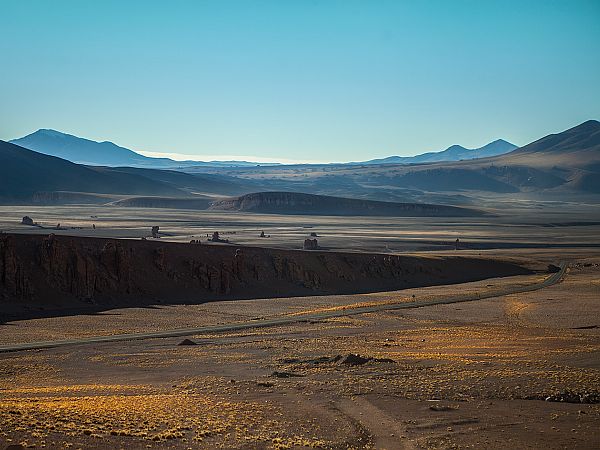 The Oasis of San Pedro de Atacama is located 2,500 meters (8,202 feet) above sea level in Chile’s Region of Antofagasta, in the middle of the Atacama Desert. The oasis is irrigated with the waters of the San Pedro and Vilama rivers, which have their tributaries in the area mountains.

To the east, San Pedro is bordered by a volcanic branch of the Andes Mountains. The volcanoes vary in shape and height, rising between 4,500 meters (14,764 feet) and 6,000 meters (19,685 feet) above sea level. The most striking are Licancabur, Lascar and Sairecabur. This area encompasses part of the Altiplano, a vast high plateau at the base of the volcanoes, extending into Argentina, Bolivia and Perú.

Towering on the west side of the oasis are the Cordillera Domeyko and Cordillera de la Sal, mountain ranges with an average height of 3,300 meters (10,827 feet) and 2,550 meters (8,366 feet) above sea level, respectively. In the latter chain is Valle de la Luna (Moon Valley), an otherworldly terrain fashioned from the wind and water erosion of layers of sediment and vertical salt, gypsum and clay rocks.

This region has endorheic drainage: the watercourses and bodies of water evaporate and never flow to the sea. And with this evaporation, the salts and minerals dissolved from the soil become increasingly concentrated, as can be seen in the Salar de Atacama, the largest salt flat in Chile – 90 kilometers (56 miles) long and 35 kilometers (22 miles) wide – located just a few kilometers south of San Pedro.

Above the salt flat and the oasis, in the Andes, between 4,000 (13,123 feet) and 4,400 meters (14,436) feet above sea level is the Altiplano, or Puna. This vast plateau of gentle, open plains was formed by the erosion of mountains and volcanoes, and is studded with wetlands, lakes, salt lakes and flats, and geysers.

← Back to Desert & Altiplano 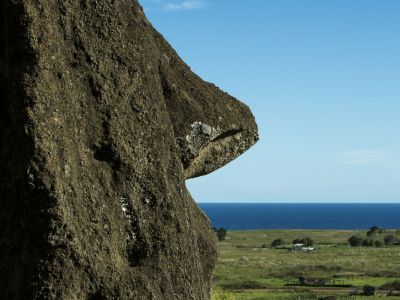