Home Culture & history Looking into the past with Enrique Bostelmann: “Patagonia is a true time capsule of biodiversity and ecosystemic history”

Looking into the past with Enrique Bostelmann: “Patagonia is a true time capsule of biodiversity and ecosystemic history”

After the recent discoveries of more than a thousand fossils of important scientific interest in the Aysén Region, the prominent Chilean paleontologist Enrique Bostelmann has declared that Chile is experiencing a unique moment in the study of life on Earth by way of fossils. With a particular interest in nature conservation, the career of this scientist and researcher has been marked by his profound understanding of the relationship between human beings and their environment, affirming that the role played by the southern portion of Chile is a valuable window on the past that can help us understand our common history from 150 million years ago. 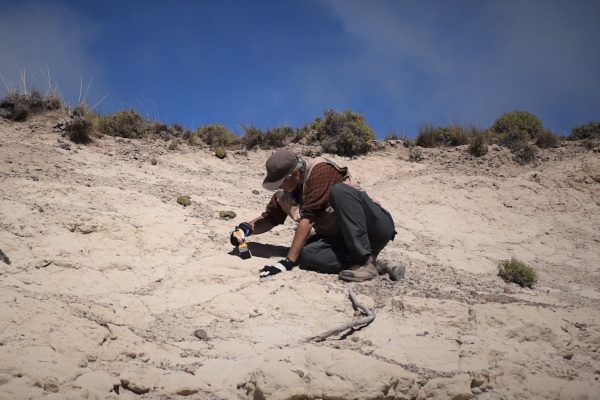 The paleontologist and academic from the Austral University in Chile, Juan Enrique Bostelmann, never thought he would get to where he is today. Believing himself to be more of an ecologist than a strict paleontologist, his introduction to paleontology was marked by a strong attraction to topics related to the defense and conservation of nature. He believed that in order to understand the present and the current environmental crisis, it is necessary to take a cross-sectional perspective through geological time.

This interest in the past led him to one of the richest places in the world for seeking answers about deep time: Patagonia, where the aesthetic of imposing mountain reliefs play a vital role as repositories of stunning fossils which hold the key to understanding part of human history.

Bostelmann is currently working with impactful research groups in the Aysén and Magallanes regions. These groups have presented evidence that have led to old theories being reconsidered. They have also generated entirely new hypothesizes, or uncovered evidence to reinforce well-established ones. Such is the case with more than a thousand fossils they have uncovered in Aysén, dating between 12 and 150 million years old.

Patagonia: an extraordinary territory where the past shines a light on the present

The first testimonies and records from southern Chile were made in the 16th and 17th centuries by European travelers who provided accounts in the form of travel logs. These accounts heralded important archaeological and paleontological findings, cementing Patagonia´s reputation as a window into the past, shrouded by startling beauty.

-How important is Patagonia in the reconstruction of our past?

– It could be said that Patagonia is a true time capsule of biodiversity and for ecosystems, due to its great quantity of fossilized rocks from multiple ages and environments. Here, in a small locality, one can observe the Earth´s transformations over at least the last 150 million years. Patagonia is halfway between the Neotropics and Antarctica. Both are important centers of biodiversity in South American history, with an interesting common past. Via Antarctica you can travel towards Oceania, towards New Zealand; whilst to the north you approach the tropics and begin to see traces of things you would find in Africa. 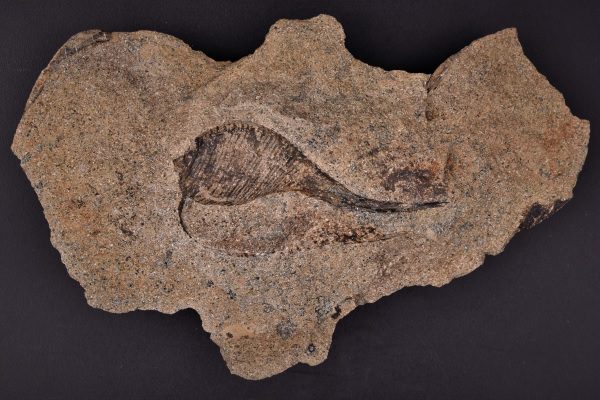 – And, what characteristics does the territory have that means it is so paleontologically rich?

– Where there are mountains, there are also rocks with paleontological potential. Fossils are very well preserved in this region, providing excellent records of all kinds of organisms. When I give talks in the community, I make the analogy that in this region we can see through different windows: in this rock we gain a window onto the sea 30 million years ago; in this other rock we can see the subtropical jungles of 40 million years ago; through this other window we gaze at the Atlantic Ocean 20 million years ago. There are different windows to look through to understand what ecosystems were like, how organisms lived and what kind of interactions they enjoyed.

In Bostelmann´s opinion, the local inhabitants are very privileged to have a geological, paleontological and geomorphological heritage of such magnitude. The paleontologist´s dream is that the inhabitants of the area, specifically of the Aysén Region – where he works in the Regional Museum – are able to see the land on which they live, which is 80% mountainous, as not just a great mass, but rather a mosaic of rocks with different ages and histories.

-And how do you think tourism or environmental education influences the understanding of the territory?

– I think it is very important to make scientific information accessible to the non-scientific community. People want us to provide them with engaging stories about nature, about their surroundings and the cultural legacy of these spaces. I am interested in doing several things: not only doing science on the world stage, but generating homegrown content that is of interest to humanity.

– That’s right, I would like Aysén to have its own cultural identity linked to its fossil and geo-heritage record. There is not a single talk I have given locally where someone hasn´t turned up with a piece of fossil found on their patio that they want me to identify. Our geological history is literally a stone´s throw away.

A thousand discoveries in the Aysén Region

In October 2022, a team of scientists, led by Enrique Bostelmann, announced a series of findings of great importance in relation to the paleontological history of the Patagonian region. They had uncovered fossils of vertebrates, invertebrates and plants from 150 million years ago.

The project began in 2019 and was developed with the Regional Ministerial Secretary for Mining (SEREMI de Minería), in collaboration with the Aysén Regional Museum and financed by the Aysén Regional Government through the FNDR program called “Productive Development of Geological Resources of the Aysen Region”. Its objective was scientific dissemination as well as generating training programs and new discoveries. Yet the most important objective was to connect the local people to the science.

-How did this project come about?

– Throughout history, many groups of researchers have worked in Aysén and, as science is a collective process, we chose sites that had previously been studied by colleagues. Some of them had not been worked for 50 years ago. We also discovered other sites during our work in the mountains and by studying satellite photos or maps. There were many finds, in many different locations such as the Cisnes River, the Balmaceda Range and Patagonia National Park.

Did you really discover 1000 specimens [fossils?]?

– We set out to collect and deliver 900 specimens to the Aysén Regional Museum, but we managed to exceed that and officially handed over a thousand. We are still processing the material. It is not enough to just collect it. They must be organized, boxed, numbered and published. We have many new species: new plants, new mammals and new invertebrates. There are many new things that we are in the process of documenting.

-Among the new species, which ones really stand out?

– We analyzed a fossil forest. It is approximately 30 million years old. We analyzed the different types of wood and to our surprise found three new tree species and a new genus. We dedicated one of these species to the beloved botanist Adriana Hoffmann, a wonderful person for whom I have great admiration. I had the pleasure of meeting her during the nineties. This is the first species I believe that is dedicated posthumously to Adriana. We titled the study “Wood from the Pato Raro Fossil Forest”, since we collected the specimens in the town of Pato Raro, within the Patagonia National Park.

-Do these fossils alter our understanding of Patagonian history?

– The fossils help us understand when Patagonia as we know it was formed. We understand the point at which the characteristic organisms of Patagonia came to colonize it. And we’re finding those roots run much deeper than we thought. These discoveries make me feel very passionate and engaged with the work.

-What legacy will these findings leave in the region?

– The fantastic thing is that we were able to provide the Aysén Regional Museum with a beautiful state-of-the-art geological and paleontological collection, only adding to the treasures they already possessed. There are very few museums in Chile that have such a complete collection of rocks from their local region. We wanted to improve the paleontological collections of our beloved museum. In doing so we have elevated the international reputation of Aysén and Patagonia. 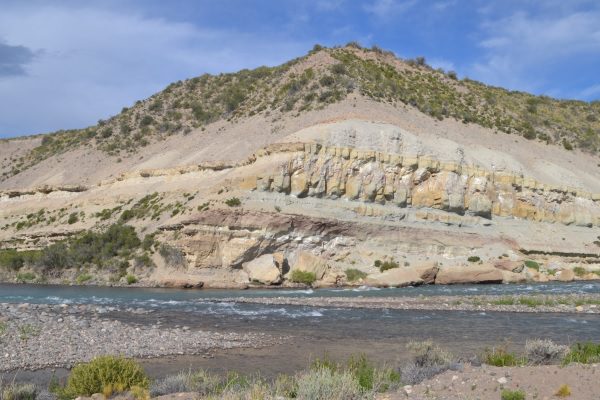 The golden era of Chilean paleontology

Archaeological and paleontological research was historically well established in Patagonia. Never in the history of Chile, however, have there been so many paleontologists working, with so many eyes watching and so much good science being practiced, according to Enrique Bostelmann.

-How significant is Chile´s paleontological research?

– As a country, we are witnessing a golden era of paleontology. There are fantastic things happening from the north to the south of the country. In different localities you have very important deposits. From my work in Magallanes and Aysén I can assure you that the discoveries made in Sierra Baguales and the Río de las Chinas are spectacular.

-How important is paleontology in the culture of a country?

– Paleontologists have many interesting things to teach and share. One of them is to observe our shared planet as a mosaic of things that have changed over time, contributing to discussions about the future, climate change, the current biodiversity crisis and how to deal with the problems of extinction. Also, by establishing how Chile´s native species and their lineages have inhabited our country for millennia, we highlight their importance. We have the ability to observe nature on different time scales. It’s like a super-power, allowing us to travel to other times and different worlds without having to ever really leave our back door.